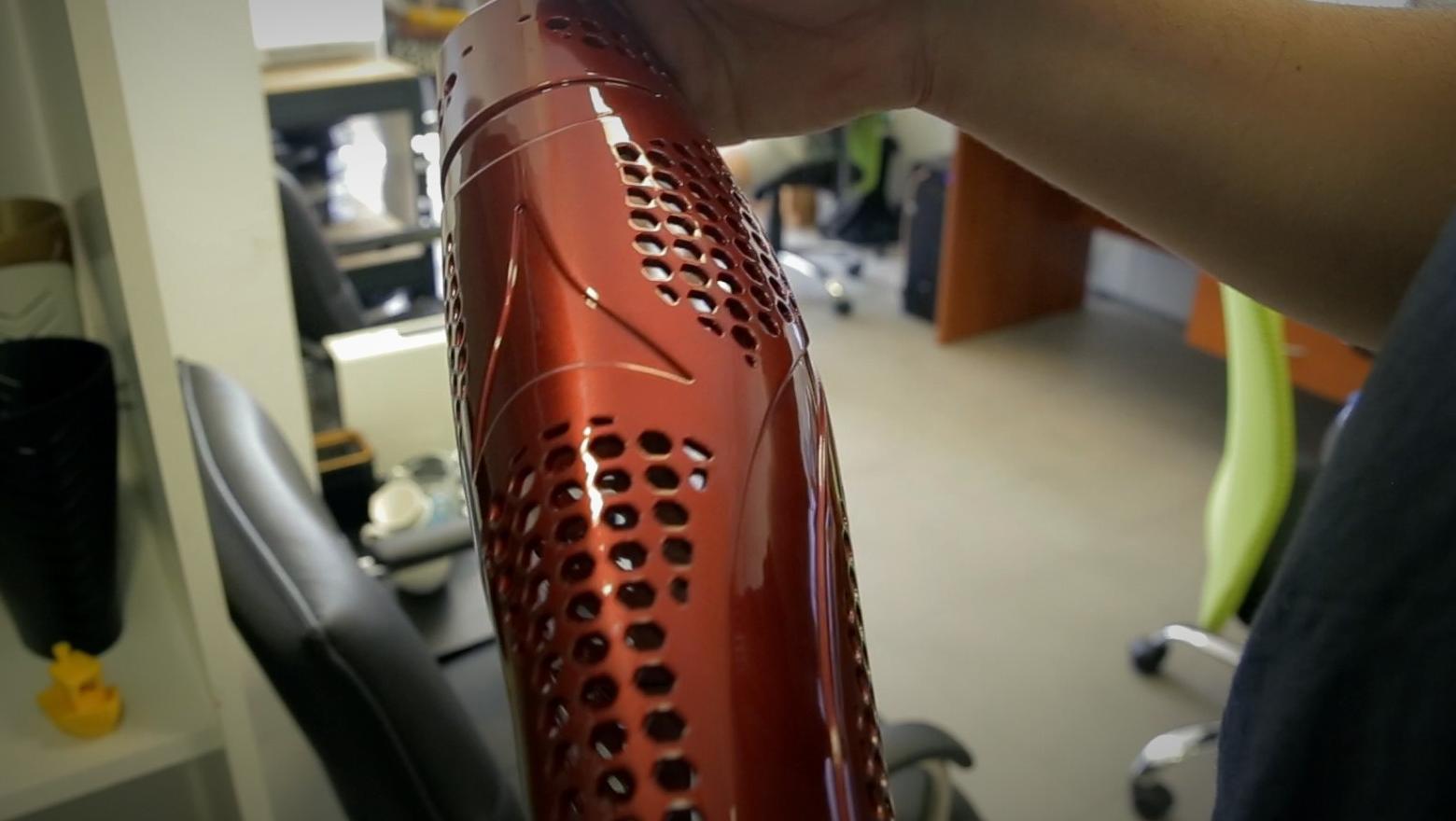 The founder of the young Belgrade startup Pirate art, Arsen Arsenović, after the accident he experienced at the age of 19, together with his colleague and friend Nikola Matić, constructed and made an aesthetic liner for the prosthesis, primarily for his personal needs.

The position and protection of people with disabilities is one of the most sensitive and specific topics of socio-developmental, economic, but primarily social policy of today society.

Thus, the young team gathered in the startup Pirate art took on part of the responsibility for people with disabilities of the lower extremities. They designed unique aesthetic liners with the aim of raising self-confidence, which has a positive effect on their social integration.

"From the very beginning, I did not have a problem with wearing a prosthesis. At every occasion, I tried to show the "naked" bar, because it is an imperfection that cannot be hidden. And I didn't even want to hide it. That's when the idea to make aesthetic liners for prosthesis came up", as pointed out by Arsen.

The Pirate art team has been working on testing, improving and developing their idea for a year now. Thanks to European Union funds, through the Innovation Fund program, they raised from an idea to a finished product that is successfully placed on the market.

Using 3D technology and photogrammetry, Pirate art creates liners by means of various software programs in which a 3D object is modeled according to photos that the user submits depending on the COVER he/she wants. SKIN, which is made of textile, is a cover for aesthetic lining. Unlike plastic, it reduces damage to clothes, and due to its ease of adjustment, it gives the possibility to change the look several times per day. Users can change it according to clothing combinations, seasons, or personal preferences.

"Since January 2018, the sale of aesthetic coatings in Europe has been activated. When it comes to Balkans, people with disabilities from all countries use this product", said Nikola Matić, the founder of Pirate art.

Market research shows that Pirate art has great potential, due to the increasing number of people with disabilities wanting custom made aesthetic lining. The vision of the young team is based on inclusion of those people, and showing strength through such an aesthetic lining.

Direct Grant Agreement - Development of new products and services by SMEs through the commercialization of research, signed between the Innovation Fund and the Ministry of Finance (Sector for Contracting and Financing Programs from European Union Funds), provides funds for continued implementation of the Early Development Program and the Co-financing Innovation Program. The total value of the Direct Grant Agreement is 4.5 million euros, of which 2.5 million euros are financed from the European Union Pre-Accession Funds for 2014, while 2 million euros are provided from the budget of the Republic of Serbia, from the Ministry of education, science and technological development. You can find out more about the project at:  www.inovacionifond.rs

ANNOUNCEMENT OF THE NEW PUBLIC CALL FOR FUNDING PROGRAMS