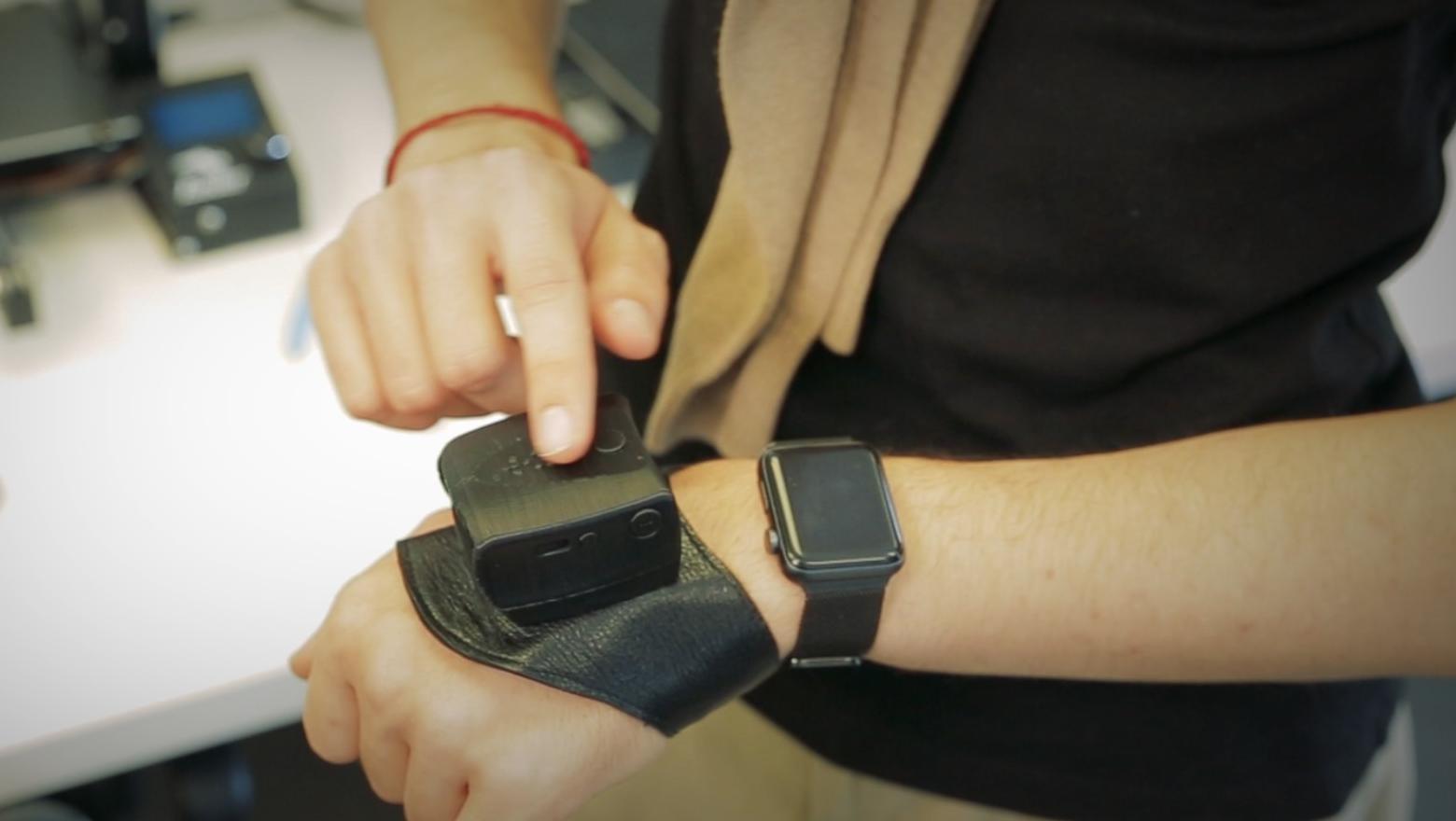 Interest and care about social issues, engineering education, innovative and entrepreneurial spirit led young Nikola Krstic, founder of the startup Anora, to use his potential and knowledge to solve problems blind and partially sighted people are facing with. Thanks to the smart glove developed by the young team of the Anora company, blind and partially sighted people will be able to orient themselves in space more easily, recognize colors, banknotes and objects, and guardians or friends will be able to follow their movements.

"During the implementation of the project, we tested and surveyed more than 400 end users from Serbia and abroad and thus developed a financial product that is currently in the pre-sale phase," said Nikola, adding: "Various researches have been conducted where solid digital literacy has been observed  and easy navigation for blind and partially sighted people on smartphones. Also, we have recognized a great interest in trying out new technologies, but due to market conditions in the world of assertive technology, there are not so many innovations for blind people", concluded Nikola.

Essential innovation of the glove lies in the integration of all remaining functions that, with help of voice code, gives the opportunity to pronounce colors, bills, etc. The technology is based on light sensors, ie lasers user time. The sensor set allows the glove to collect information from the environment.

Of the functions, it has orientation, color recognition, light intensity detection, pronunciation of dates and hours. Gadget fixed to the hand presents the biggest advantage of the glove since the hand is the most mobile part of the body and as such it is ideal for this application. If the user is closer to the object, the glove will vibrate more, while in the case of a greater distance, the vibration will be weaker.

The glove is light, ergonomic, and simple for use. Buttons are intuitively set based on the testing results, according to all signs of Braille. The other advantage is that at the moment there is no other device with so many functions, due to complexity of making the product (the glove).

"Competition exists, but gloves that exist on the market have neither such type nor the number of functions that can be found in this product which battery can last up to two days. At the moment, the biggest challenge we face is ensuring the constant correctness of the product, eliminating all kinds of bugs and bringing the product to perfection, so that the blind person always receives the correct information," said Nikola Krstic, the founder of the company Anora.

Long-term cooperation with the Association of the Blind of Serbia has enabled further training, promotion and implementation of a smart glove.

Jelena Stojanovic, vice-president of the Association of the Blind of Serbia, points out to what extent the smart glove helped her in everyday life  and functioning.

“Without a glove in the store, you don't know which banknote you are carrying in your hand, until you ask people around you. It greatly affects self- confidence and that I can do everything on my own.”

“Last year we signed a contract with Anora and our common goal is for the smart glove to enter the system of aids for the blind people, and for the final product to be given to as many blind people as possible,” Jelena points out.

A product that has not been available so far, the Anora smart glove is a significant aid that will improve the quality of life of blind and partially sighted people, with the ultimate goal of becoming equal members of our society.

Direct Grant Agreement - Development of new products and services by SMEs through the commercialization of research, signed between the Innovation Fund and the Ministry of Finance (Sector for Contracting and Financing Programs from European Union Funds), provides funds for continued implementation of the Early Development Program and the Co-financing Innovation Program. The total value of the Direct Grant Agreement is 4.5 million euros, of which 2.5 million euros are financed from the European Union Pre-Accession Funds for 2014, while 2 million euros are provided from the budget of the Republic of Serbia, from the Ministry of education, science and technological development. You can find out more about the project at:  www.inovacionifond.rs

ANNOUNCEMENT OF THE NEW PUBLIC CALL FOR FUNDING PROGRAMS